This presentation will be divided into two parts.  The first part will offer a brief introduction to the research activities at the Thermal Hydraulics Laboratory (THL) in the Department of Nuclear Engineering and Radiological Sciences at the University of Michigan.  The second part of the talk will focus on the research carried out on post-CHF heat transfer at THL.  The design of the PCHT test facility will be introduced, including COMSOL Multiphysics analyses that helped inform the test section design, including the hot patch design and required heating power.  In addition, a computer code was developed for the IAFB flow regime based on a one-dimensional two-fluid model to calculate the wall temperature, liquid core temperature, void fraction, and pressure drop, which provided the basis for identifying the IAFB test matrix.  Finally, updates on the PCHT test facility construction and shakedown tests will be given. 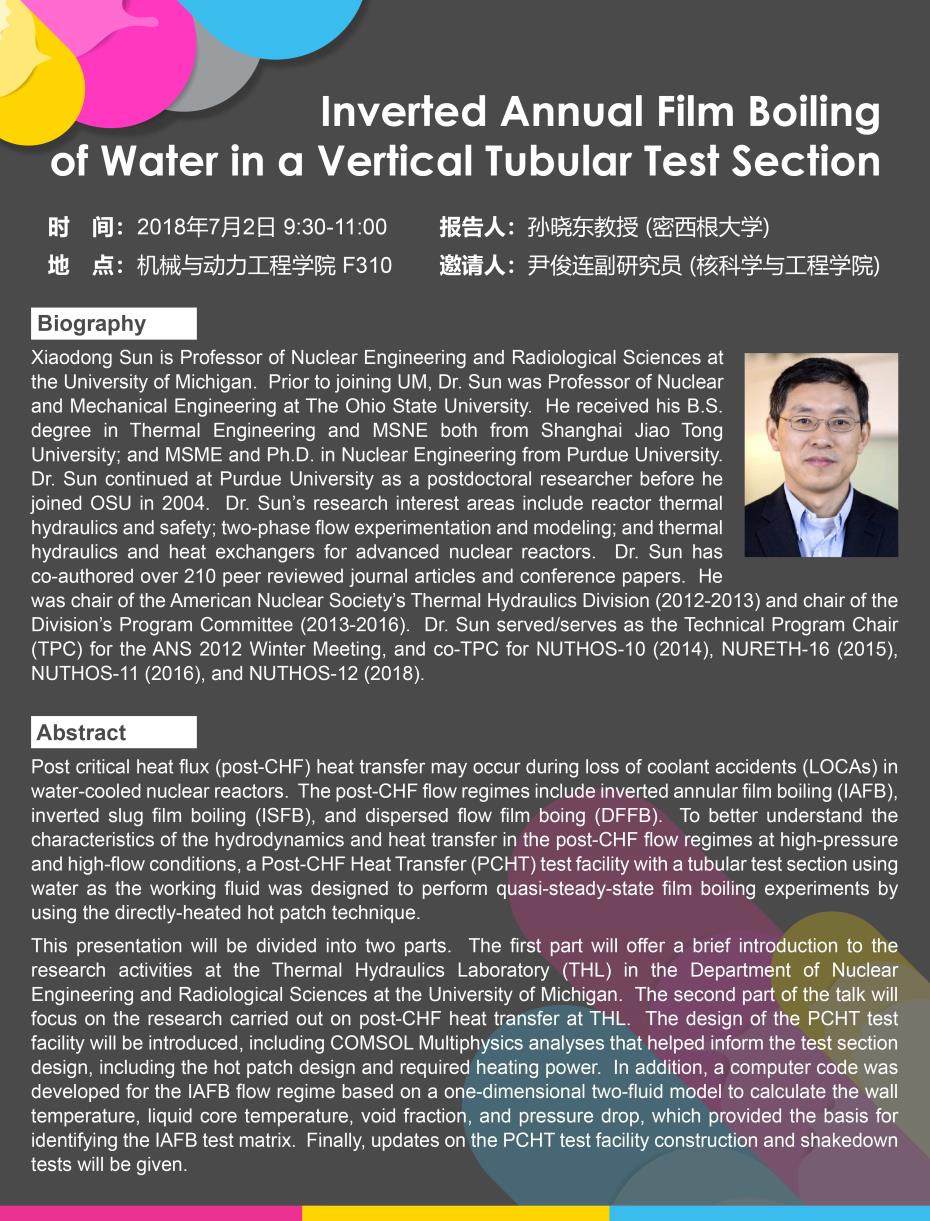